Seminar on Finnish immigration to Argentina 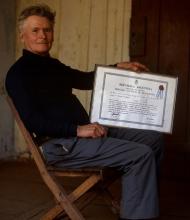 On Friday December 9 the Embassy, together with sociologist Enrique Tessieri and the central library of Helsinki (Kirjasto 10) organised a seminar on Finnish immigration in Argentina and Colonia Finlandesa, the Finnish Colony. The seminar, titled “Immigration in Argentina in the 19th century and the founding of a Finnish colony in Misiones in 1906” received great interest from the public that consisted of Finns, Argentines, foreign diplomats as well as others interested in the topic.

During the seminar, Tessieri gave a brief presentation on the history of Argentina and its migration policy and then focussed on the history of Colonia Finlandesa. Tessieri presented his investigation on why did some Finns decided to immigrate to Argentina to establish a colony in Misiones in 1906 and what were the reasons as to why this colony disappeared. He explained that Colonia Finlandesa received its greatest number of residents during the 1920s and at its best the colony had about 450 inhabitants.

Enrique Tessieri is a sociologist who has studied Finnish migration to Argentina since 1977. Tessieri has written a number of articles on the topic. In 1986 he published “Kaukainen maani,” a book about Colonia Finlandesa and in 2006 “Lejana Tierra Mía,” which was published in Spanish.