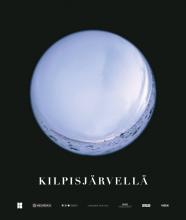 After its premiere in Finland in 2012 and further screenings in other countries -including at the Buenos Aires planetarium- the film "Kilpisjärvellä" was screened again at Heureka (Kuninkaalantie 7, Vantaa) on the 24th of April and on the 8th and 15th of May, respectively. Entrance was free.

The film was made by Argentine artist Axel Straschnoy to be projected in a planetarium, following two Argentine explorers who get to Kilpisjärvi (Lapland) to shoot the Northern Lights, one of the most sublime natural phenomena. One of several special features of the film is that it is filmed at 180° and therefore lacks a "behind the camera", reflecting the Northern Lights just as they are perceived from the ground by the observer.