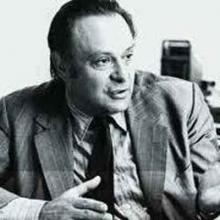 The “Emilio F. Mignone International Human Rights Prize” was established in 2007 by the Argentine Ministry of Foreign Affairs and Worship to grant recognition to foreign institutions and/or individuals residing abroad that are making or have made an outstanding contribution towards the promotion and/or protection of human rights in their own countries in the fight against impunity in cases involving systematic violations of human rights, discrimination and social, economic and cultural rights, among other areas. Although other countries award human rights distinctions, the Mignone prize is the first one to be awarded by a developing country that has been conspicuous in this field because of its own historical and political context.

The profile and work of Emilio F. Mignone, founder of the “Centre for Legal and Social Studies“ (CELS), as well as the work carried out by other NGOs will guide the definition of priorities and selection criteria for the award. Biographical data of Mr. Emilio Mignone in English and Spanish is enclosed.

The Prize is formally awarded at a ceremony presided by the Minister of Foreign Affairs and Worship, and attended by Argentine Government officials. To this end, the winner of the prize or a representative of the chosen organization will be invited to visit the country for a week (economy class ticket, accommodation and per diem included). During the visit, the winner will be invited to disseminate experiences in a number of activities and conferences organized by CELS and academic institutions and to hold meetings with NGO´s, human rights entities, parliamentary human rights committees, national authorities and the press.

Procedure for nomination and selection of candidates

All nominations must indicate:

- country of residence or seat of the proposed foreign individual or organization;

- name of the nominated organization or individual;

- if an organization, name of the main representative and of the board, executive committee or council members;

- grounds for the candidacy including: historical summary, objectives and background of the candidate (three A4 size pages maximum length).

Any additional information deemed relevant to the consideration of the candidacy may be included as an annex.

Candidates and proposals (with supporting documentation) must be sent by August 20 to the Ministry of Foreign Affairs and Worship.

Nominations must be sent to the following e-mail address: premiomignone[at]cancilleria.gov.ar.

In all cases, an acknowledgement of receipt of the nominations will be sent by e-mail. Additional materials may be sent by post to the Ministry of Foreign Affairs of Argentina to the following address:

All nominations received will be evaluated by an ad-hoc Committee integrated by a representative of the Human Rights Secretariat of the Ministry of Justice, Security and Human Rights; a representative of CELS; and the Director General of Human Rights of the Ministry of Foreign Affairs. The ad-hoc committee will agree on a list of three candidates to be submitted to the Minister of Foreign Affairs for a final decision, on October 15th. The award ceremony is conducted every year by the beginning of the month of December.

The selection process and the award ceremony are conducted with the participation of the Mignone family.