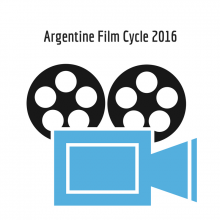 During the month of September, people of Mariehamn will have the special opportunity to see a wide range of different Argentine films.

The opening movie of the series will be Sidewalls (Medianeras, 2011) by Gustavo Taretto. The Charge d'Affaires a.i., Carlos Risso Dominguez, will give a brief presentation of Argentina before the movie.

Other films to be screened as part of the Argentine Film Cycle in the Public Library of Mariehamn are:

All films will be screened in their original version with English subtitles. The screenings are free of charge.